There are a few negative myths out there about VoIP that many business owners take as truth, and it ends up costing them in the long run.

If you want to be an adroit VoIP reseller, you need to know these four myths and what the truth is behind them.

When you know the truth, every prospect that comes to you with one of these myths has a chance of being converted into a loyal customer.

This myth started when VoIP technology was still in its infancy and, because internet quality was much worse, so too were the calls over that internet.

One of the most important qualities of VoIP is how the technology advances. And, because it’s software instead of hardware, customers with VoIP already only have to update their system.

Over the years, as you can imagine, VoIP has achieved incredibly high quality – especially when compared to present-day phone lines (which haven’t had an upgrade in decades).

Most problems with VoIP quality happen because there is a misconfiguration causing either jitters, pops, or some sort of distortion.

VoIP’s quality is currently well beyond phone lines, and the technologies behind VoIP are continually being refined and updated, so that difference will only grow and grow.

Much like VoIP Quality, most people that believe VoIP isn’t reliable developed that belief years and years ago.

When the technology was new, and internet connections were poor at best, VoIP would experience dropped calls and disconnects.

But the professionals leading the industry forward were keenly aware of how important reliability is and dedicated themselves to figuring it out.

VoIP providers have made sure their networks are secure and redundant.

Now networks are stored on several different servers, far enough away from each other to prevent them all going down at once, say from a big storm.

So, if one server does go down, the system just redirects calls across the still up and going servers that is called redundancy.

Customers might not even realize there was an outage at all.

Even when the internet goes out locally, small businesses can still connect to their phone network through their smartphone and an app.

In a city that lost internet, phones, and power, your business could STILL take calls, answer questions, and help customers.

And they’ll remember that you were the one still there for them.

This is just true.

But that doesn’t mean it’s complicated to use.

One of the biggest benefits of VOIP is how streamlined and easy to use it is.

VoIP shines because small businesses without an IT team can navigate, customize, and use their cloud-based phone system without any issue.

Most VoIP resellers understand all the features and benefits at their customers’ fingertips and will, if need be, guide them to getting the most out of it.. 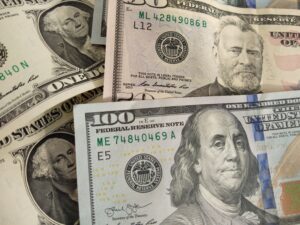 Businesses care about their bottom line. No surprise.

But that’s what makes this myth so bad.

Most customers who switch to VoIP are met with a monthly bill that’s dramatically lower than their current landline phone system. A 50% reduction on a business’s phone bill is common.

But that’s not where VoIP really shows how cost-efficient it can be.

With VoIP, you can get features like auto-attendants, customizable phone directory, and even voicemails sent as emails.

These features improve customer happiness, increase employee efficiency, and offer businesses a flexible way to communicate that best represents them.

And all of these would be absurdly expensive (or just downright impossible) to add to an on-premise phone system.

So, not only is VoIP less expensive on average, it comes with so many more features and benefits that would make it worth it even if it was as expensive as some think it is.

The Truth About VoIP

Every year, businesses are doing and getting more out of their VoIP phone system.

The truth about VoIP is that it’s one of the best ways for businesses to communicate, both internally and externally.

Businesses big and small, new and old, can all get incredible value and freedom with VoIP.
See for yourself (LINK)!

It’s going to be hard to find a market as hot as the VoIP market.  New entrepreneurs are starting their own VoIP resellers business –…

Every VoIP reseller wants to discover a hot market, hungry for the products and services the reseller put together. The best way for a reseller…